This article first appeared in our First Issue from Spring 2019.

Shubho Noboborsho! Typically taking place in the middle of April, marking the coming of Spring and the twilight of Summer, Pohela Baishakh (Bengali New Year) is once again upon us. While being an annual celebration, marking the apex of Bengali culture, Pohela Baishakh it is not an invention made by Bengalis for the explicit benefit of Bengalis. Whether it be shared customs, festivities, or cultural taste, the sheer fact that the Bengali language shares over eight thousand words with the Persian language speaks to foreign imperial influence on Bangladesh. The cultural subtleties embodied by contemporary Bengalis echoe the Persianate influence of Muslim rulers of the past. Upon closer inspection of the History of Bengal, we become acquainted with the fact that most of Bengali language and culture, has emerged as a result of imperial domination. Subjected to the influence of various Hindu, Buddhist, Muslim, and Christian kingdoms; Bengali cultural distinctions have emerged from a rich history of imperial domination to form what we know and celebrate today.

Pohela Baishakh and the entirety of Bengali Calendar was implemented by Mughal Emperor Akbar in the mid 1500s, for the primary purpose of optimizing the harvest which was always particularly abundant in the Bengal Delta. During the reign of Akbar, South Asia saw change in most of its religion and sciences. Many cultural festivities and their religious meaning were conceived in the wake of imperial domination over Bengal. Take for example Chaand Raat, a momentous occasion among contemporary Bengalis, more so than any other South Asian ethnic group. It was during the Mughal Era, that the tradition of congregating to open spaces with candles to spot the moon on the final night of Ramadan, was popularized.

Turning to the Mughal Past of Bengal, we recollect customs, traditions and even spaces that stand tall today. One of those standing structures is the Dhanmondi Shahi Eidgah located in Dhanmondi, Bangladesh built in 1640 by Mir Abul Qasim and is the oldest Mughal monument in Dhaka city. Shahi Eidgah was the venue for Eid prayers, exclusively designated for the Mughal officials who resided in the city.  Mughal noblemen and officials of all ranks would flock to the Eidgah wearing their finest clothes, also adorning their pets as well, such as their elephants, camels and parakeets. Such exuberance contributed to what we know today as Bengali culture, as well as Bengali taste.

In the culinary realm, biryani reigns as the national dish of Bahrain. Highly appreciated by Bengalis as well as most of South Asia, biryani is treasured as a to-go dish, mandatory at big occasions, if not one of the most popular dishes. Further testament to Persianate imperial rule, biryani has seeped into Bengali and South Asian cuisine through the course of history. Evidently, many Bengali cultural hallmarks are legacy of Bengal’s Persianate culture, which thrived during the Mughal Empire and the Sultanates. Furthermore, the mimicry of Mughal tastes upon Bengali Muslims to this day, can be explained through French Sociologist Pierre Bourdieu’s critique of tastes. In accordance with Mughal control over Bengal, the ruling class was able to exert a long-lasting cultural influence through a surplus means of subsistence. In essence, the ruling Mughals extracted an abundance of wealth from Bengal while manifesting a cultural influence on the very people it exploited.

In regards to religion, Islam’s long history in Bangladesh extends beyond its initial exposure- via traders and sufi missionaries. In the 4th century, the Buddhist Pala Empire ruled where Bengali-speaking peoples originate from today, and to this day, some of the Pala impact still stands tall. A scholarly consensus on the Islamization in Bengal dictates that the bulk of today’s Bengali Muslims are descendants of Bengali Buddhists who were converted en masse by Sufi saints.  In effect, the manifestation of Islam in Bengali culture that we have come to know, includes various religious practices and festivities, as remnants of previous Muslim empires in Bengal.

However, Bengalis have not only subjected to change instituted by foreign Muslim empires. More recently, Bengalis have taken after a Western influence ushered in by British Rule and long before that, by independent Buddhist and Hindu Kingdoms. The transition of empire from Mughal to British, saw the end of 551 years of Muslim rule in Bengal, and consequently had an unprecedented effect on class consciousness and social hierarchy in Bengal. As Edward Said’s work demonstrates, European and other Western powers have historically sought to undermine the agency of what has been named ‘the East’; through the production of knowledge, media, and policy, Western empires have defined ‘the East’ and continuously rationalized their rule and presence over it. Not surprisingly, Macauley’s scathing, orientalist remarks against Bengali Men, etched into the Indian Legal Code, undermine Bengali men and then women to a ladder of conformity towards their British colonizer. Not only does he strip and condemn Bengalis of their native culture and customs; he goes on to speak of educating the subject peoples to Western Education, in order to raise a class of colonial subjects that would be “White in Taste but Indian in Color.”

Introduction of Western Liberal Education and favoring the Hindu Brahmin elites, saw the beginning of the Bengali Renaissance. Edward Said’s magnum opus, Orientalism, tells of this established body of knowledge dubbed Orientalism, as being practical knowledge as a byproduct of not just postcolonialism, but ongoing Western cultural hegemony, giving us reason to believe that this discourse, this framework of understanding and perceiving, is not meant to undermine the Orient in its pure sense. Instead, Orientalism as Practical knowledge is a result of the Elite’s perceptions being acclimated as general taste, as a result of the cultural hegemony and domination of cultural capital by the Orientalists throughout the West. 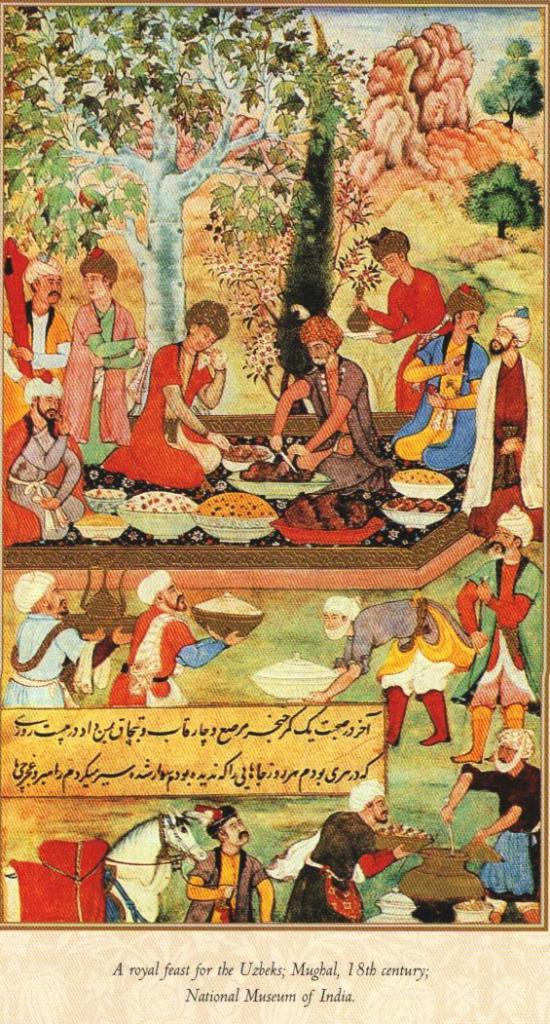 Cultural capital shaped by elites of the Western Tradition, such as education and literature to develop the vocabulary and history which society acquires their taste through, is the discourse English speakers in the West operate within. This means that our conventional use of language can work to the interests of the elites, without our recognition due to its deeply embedded nature.

The influence of imperial domination on Bengal reaches far beyond the conceptualization of the calendar year and cuisine. Religion, language, economy, and infrastructure in Bengal were continuously altered as testament to foreign imperial rule. Modern-day Bangladesh and the Indian state of West Bengal’s taxation and government systems still operate with the Zamindar system. “Zamin” meaning land in Persian and “Dar” meaning , has been the system of governance and taxation for the majority of the Bengali populace since the 16th century.

Etched throughout many eras of foreign imperial rule -both Middle Eastern and European, and integrated into our mainstream Bengali culture; Bengal has repeatedly been subjected to much cultural diffusion. As such, imperial domination has undeniably been the driving force in constructing what we know today as Bengal, and all of its dimensions. The influence of foreign rule and its implications has culminated to produce the cultural distinctions of Bengal- from the cuisine to religious ceremonies, and beyond into the realm of knowledge production.